It’s been pretty nice weather here the last week or so, 30s and sunny during the day. Just a touch of the snow is starting to melt, creating some mud puddles that Amelia loves to get dirty in. R decided to take advantage of the nice weather while we have it (it’s supposed to snow tomorrow again), and he’s been doing some treatments on our windows to help keep the heat in. Nights have been well below zero, so we’re going through quite a lot of firewood.

He got some thin insulation strips and put them all around all 5 windows, and has been making trim to go over the 2x4s that frame our windows. So far it seems to be helping keep some heat in, but we’re not quite finished with all the windows yet. And it looks a lot better than the standard 2x4s with random printing all over them that say, “STUD” and “MADE IN CANADA,” and things like that.

And since it has been nicer, we’ve been having loads of fun with Loki in the snow banks. He likes to attack the snow as we shovel it. And it’s pretty hilarious.

And here are some cool pictures of ice crystals on top of the snow, I thought they looked pretty neat anyway. 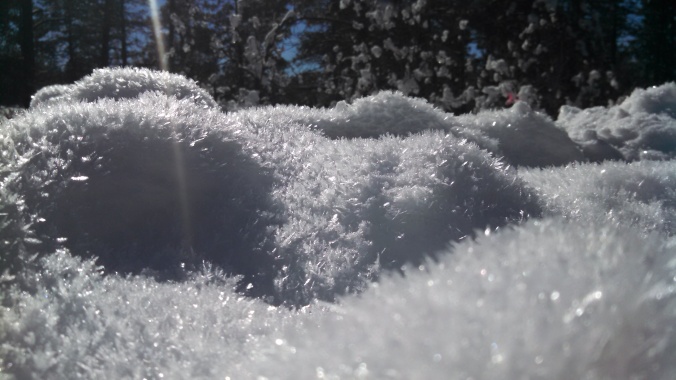 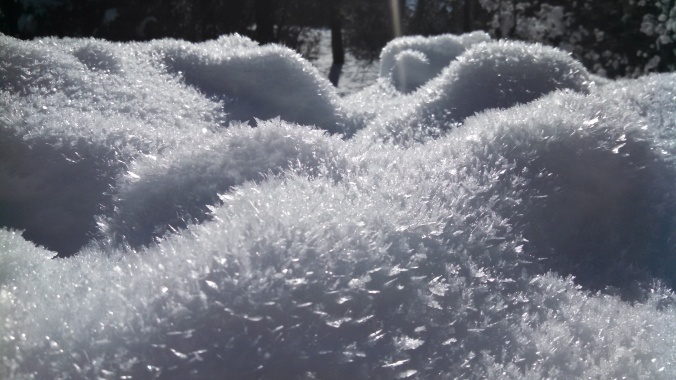 And Amelia decided for about a week it was a good time to start laying eggs again. She laid 4 or 5 in about a week (so she provided breakfast for a few days!), then stopped laying again. Funny duck. 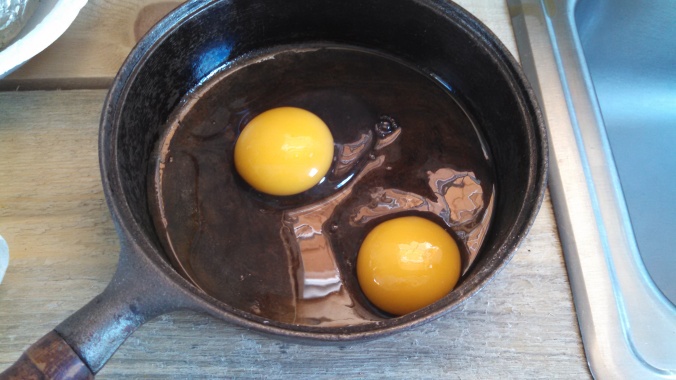