It’s been a few weeks of apparent transition from winter into springtime! Of course I say that and it did decide to dust us with snow last night, but it was barely enough to stick to the roads. The sun is peeking out today and all the fresh powder will be gone by this afternoon. The past two weeks have been nothing but 50s and sunshine. And since we had several feet of snow at the cabin, the great meltdown has begun. And with that, the great Muddy Mess. Amelia has been a very happy duck. Loki has been a very happy, and very muddy, dog. Our floors have been, well, impossible to keep clean.

Since it has been so dang nice out (and this is the first time since we moved that we’re not totally broke), we’ve started tackling some springtime projects earlier than expected. We’re going through not nearly as much firewood, the days are getting noticeably longer, and life is just going along a little bit smoother now.

Frisbee is his favorite.

Our springtime/summertime project list is pretty ridiculous, and we fully expect to not accomplish it all in one season. But we can try, right?! What we’re currently working on is cleaning up around the place… we have piles of trash and random crap (scrap lumber and piping and things like that), that have been buried in snow for months, and now that the snow is decreasing at a rapid rate, all this stuff is rearing its ugly head again. Later in the week will be “visit to the dump” day. We also want to move the cabin a little further down the hill on our land, which is a big project that starts with clearing the area where we want to move it to. R’s been spending his days off clearing oak stands and creating burn piles, and we even got to have our first bonfire of the year this week! 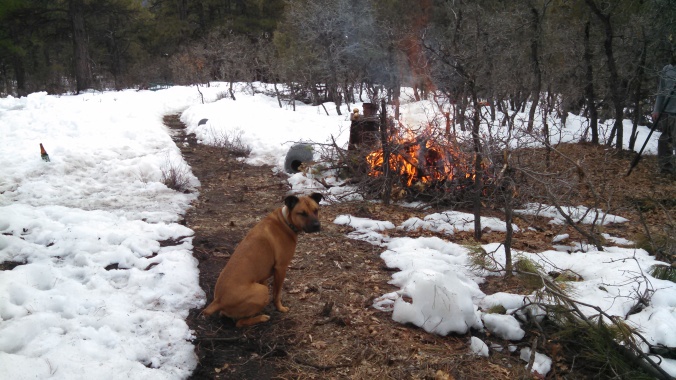 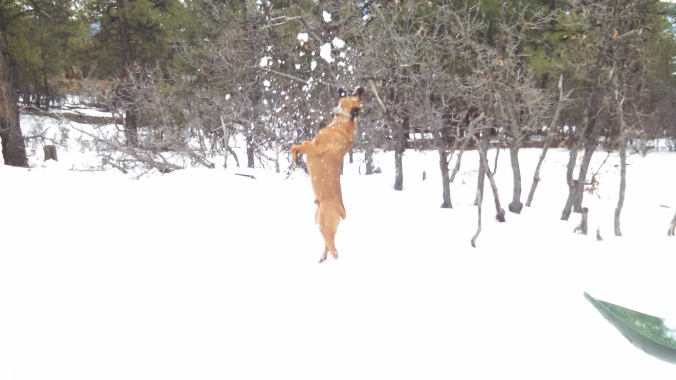 Attacking snow is the best.

The guy who did our driveway is away for the winter, so we’re patiently waiting for him to return so he can bring us some more gravel for our driveway. The mud ruts are getting pretty ridiculous and our cars getting stuck is becoming more of a reality as the snow melts. I put some scrap lumber in the ruts to help us get in and out. Amelia has discovered the mud puddles in that area, and now instead of walking to her enclosure, or to the house, like she’s been used to, she just wanders her little duck butt to the driveway to bathe in the mud. And when Loki is tired from chasing his frisbee, he lays in the cool mud, which is lovely since he sleeps in our bed. 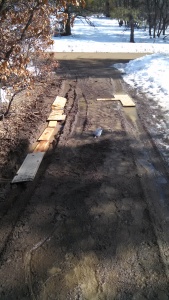 May not be pretty, but at least we won’t get stuck.

Later this week we’ll be renting a truck and making a trip to the closest “big city,” which is a couple hours away, to pick up a bunch of supplies to finish our ceiling, possibly buy a nice chainsaw, and maybe get our bathroom a good start. Thanks for showing up early, spring!

We make lots of time for this… 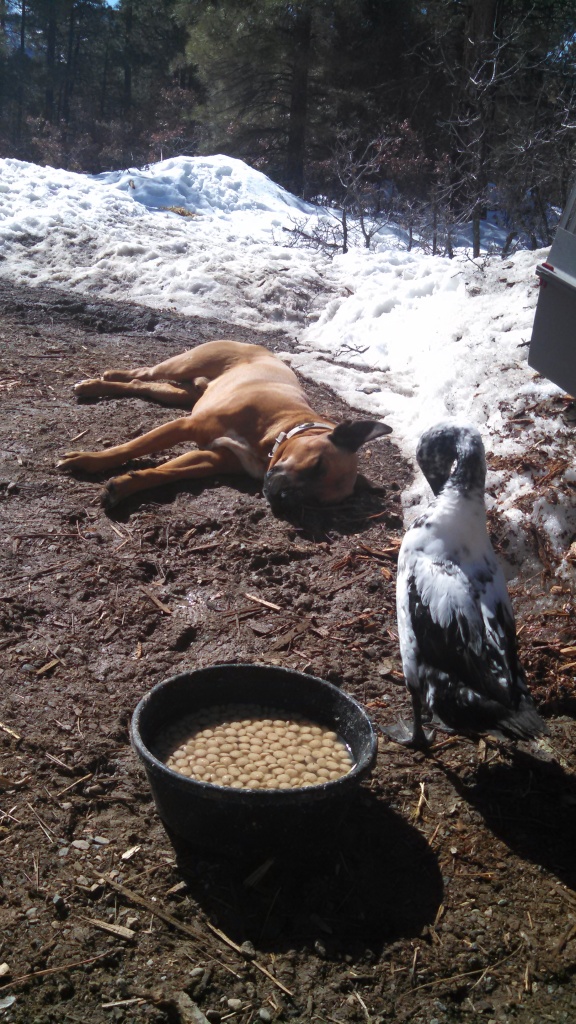