When we first moved here, back in late August, R spent a lot of time building a half dozen or so raised garden beds and planting garlic. We had been given a bunch of garlic of different varieties from a friend of ours in Utah, and since garlic takes almost a year to grow (you plant in late fall, and harvest the following summer), we wanted to get it in the ground as soon as we could manage. To be honest, we had no idea how they were going to turn out. Then it snowed 3 feet and the ground had been frozen for several months.

About a week ago, finally, most of the snow had melted away and we were able to see the beds again. And… sprouts!

We had garlic planted in 3 of the garden beds, and now we can see little green babies poking up from all of them. It’s very exciting to see that they survived the harsh winter! The time is getting closer and closer when we can plant some other greens and veggies, but we need to put up some fencing before we do that. Lucky for us, not a whole lot of wildlife will mess with garlic, so we’re not terribly concerned about it not being fenced in. Loki is a pretty good deterrent too. 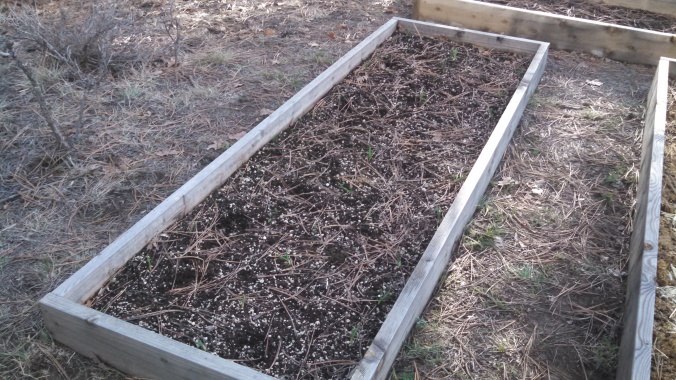 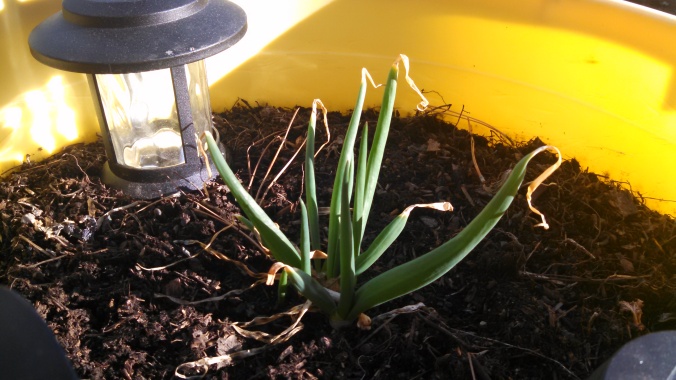 The winter onion is coming back to life too!

We got a light dusting of snow the other day, but it was still 40 degrees that day, so it didn’t stick around long. Now the weather is back to being nearly 60 and sunny all day. Perfect. Also, although the ceiling project is not finished just yet, we’re almost halfway done. Here’s a picture to give you an idea of what it’ll look like when it’s complete. Barn style! 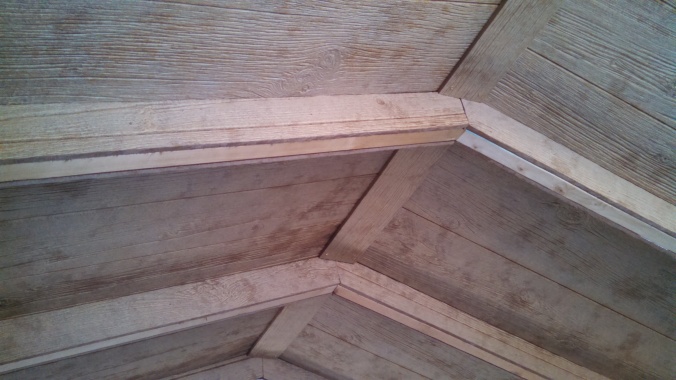