So, some of our seeds didn’t survive the first planting. Most everything in the greenhouse probably got killed by frost/overheating the first few days, so never even sprouted. I had one little basil plant survive… until we’re pretty sure a vole made it his dinner one night. So we called the greenhouse a wash and started over. We planted zucchini, watermelon, and cucumber in there a couple weeks later, and so far we have 2 zucchini sprouts! Here’s hoping they make it. 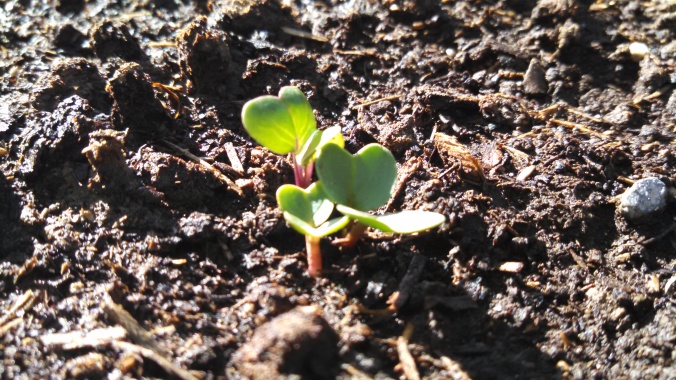 None of my outside herbs made it either, besides my anise seeds. I have two little anise sprouts that are doing well. We had a pretty heavy rainstorm and frost right after our first planting, and those herb seeds are so tiny, I think they just got washed away. It was too much for them. So I ended up re-planting most everything this last week. All the veggies, greens, and sunflowers have sprouted so far though!

It’s been pretty fascinating to watch these little sprouts grow. I’ve never really gardened before, and you feel this true excitement when you see those little green babies pop up out of the ground. It’s like, you made it! From a little itty bitty fragile little seed, into this plant. Just some dirt, water, and sunshine. It amazes me how just those 3 ingredients cause this amazing reaction in these seeds that don’t seem… alive. How do they know?! When they’re in dirt, when the sun is out, when to break free of their seed shell, which direction to grow?! Truly amazing. 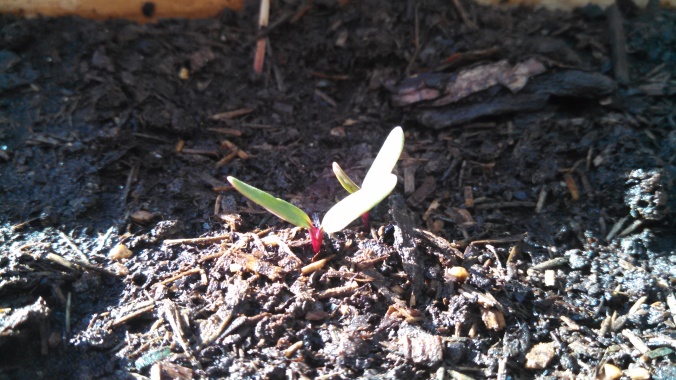 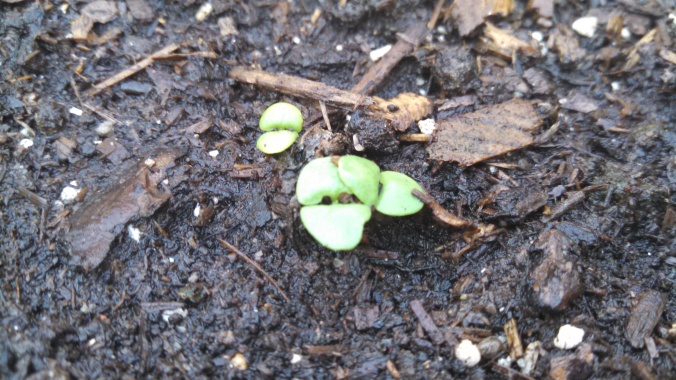 Basil (RIP). Voles are the reason we got a cat.

When they’re newborns (by that I mean, when they first pop up), they seem to be distinctly two different “types” of sprouts. They usually have two leaves, and they tend to be either pointy or rounded. And they all kind of look like one or the other until they get a bit bigger and start to differentiate. It’s pretty cool. A newborn radish and a newborn turnip look exactly the same, which is also like a collard green or an endive. Newborn spinach looks exactly like swiss chard and beets. The only obviously different sprouts are the sunflowers; they’re BIG and bright and ready to take on the world! 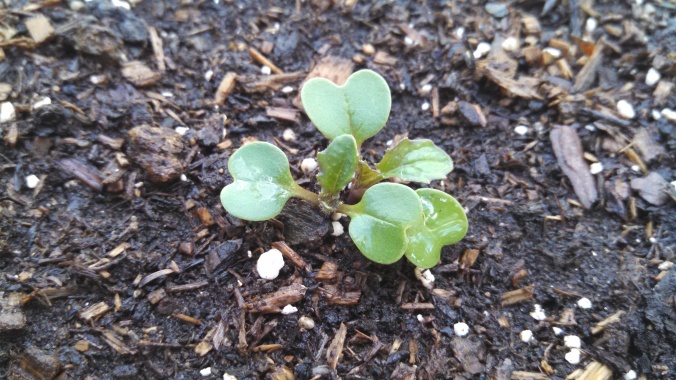 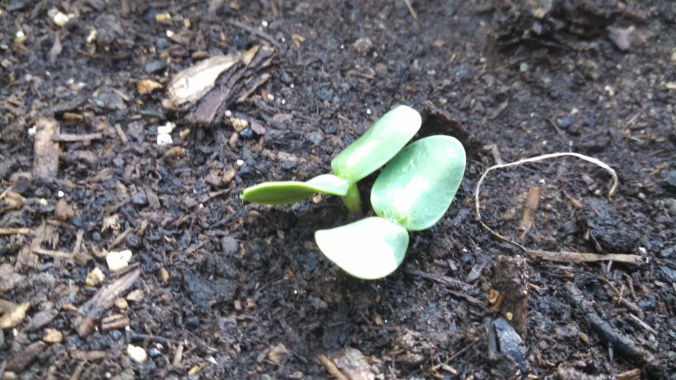 We’ve had a whole second planting as well, and some of those are just beginning to sprout now, but that’ll be a surprise for another post 🙂 Aren’t my kids just so cute?! 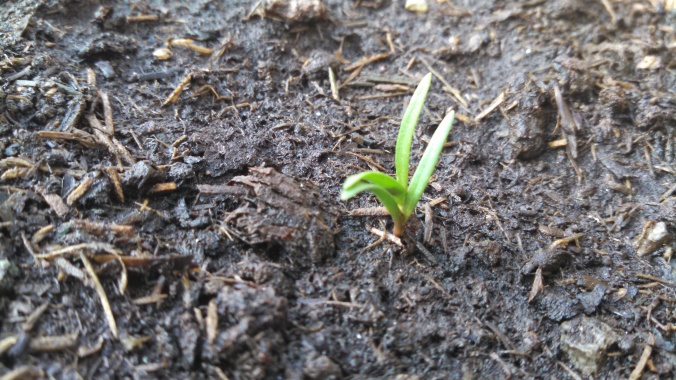