We’ve had this idea in our heads for awhile, that after the house was moved to its permanent location, we would build a covered deck on the side of the house. We purposely built our sunroom last year in a way where we already have a door on the side that will lead out onto the deck. As with most of our big construction projects, there’s a few different stages that I’ve noticed as a consistent pattern. 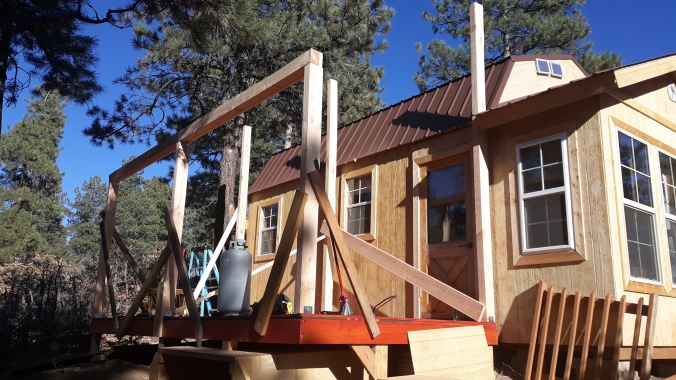 There’s the planning stage, which is the fun part. We get to imagine and fantasize and draw out exactly what we want. We figure out how much money we’re going to give to Home Depot (which is always a lot), and how much material we’ll need, and where to store that material until it gets used, etc.

We’ve had our plan for the deck for quite awhile.

Then there’s the ground-breaking stage. This stage usually sucks. This is the stage where we start to notice where things are going to inevitably go wrong, where shit doesn’t line up right, and where we either bought the wrong materials, or not enough of the right materials. Luckily, this stage doesn’t last too long, as once we get going, things start to flow a little easier. When problems arise, there are long moments of staring and thinking, and this is sometimes the point where we crack our first beer. 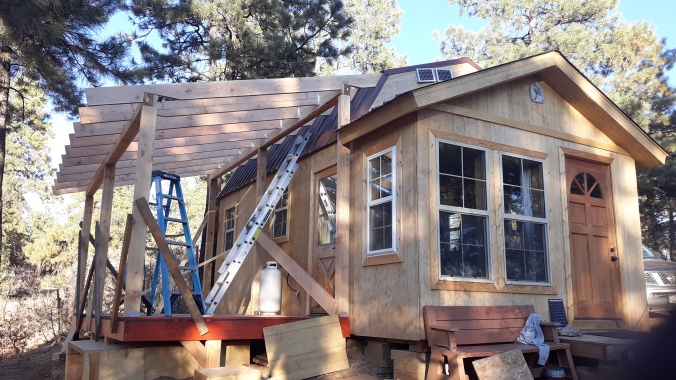 If I never have to deal with another rafter again my life will be complete.

This is right after we pushed through the “let’s give up” stage.

The progress stage comes next. This stage is pretty fun, actually. We are in a groove by now, and we have an understanding of exactly what to do next. For the most part, we have ironed out most of the potential issues and we just… flow. We make a lot of progress, and we can start to see the light at the end of the tunnel. We can see what we have actually accomplished.

The deck – almost perfectly level. The house – not so much. 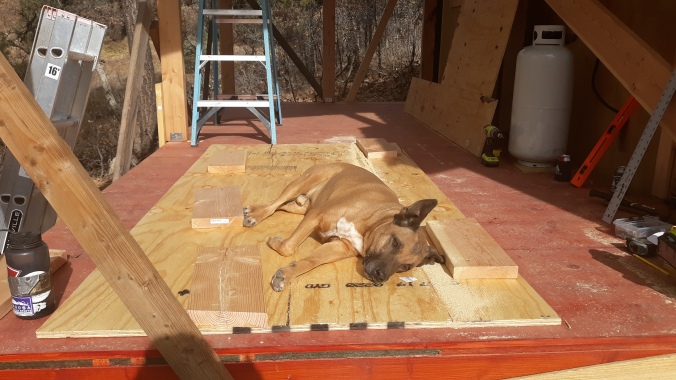 Then there is fine-tuning and completion of said project. This stage is usually time-consuming, with a lot more thinking and staring moments, so we can be sure that everything is actually done right. Like, the roof isn’t going to leak, we didn’t forget to screw something to something else, all the walls and bracing are stable, etc. We often add extra screws or brackets or sealant or trim or whatever to said project at this time. 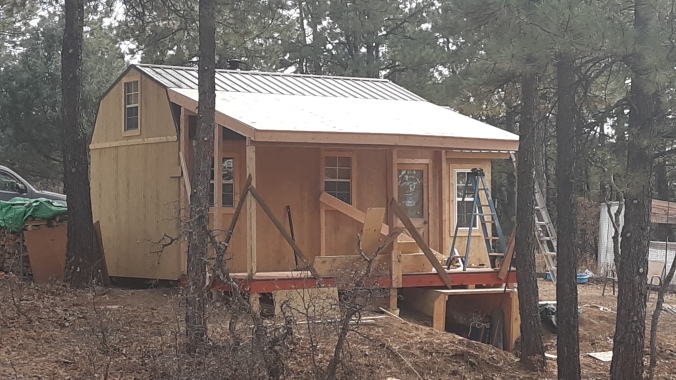 Plywood up! Do you know how freaking heavy plywood is?

Metal up! And, do you know how slippery and sketchy being up there is?

Then we actually get to ENJOY said project! At this point we usually smoke a cigar, open a bottle of wine, and get to pat ourselves on the back for accomplishing something else that’s totally awesome. Sometimes we add up how much we’ve spent on said project too (but sometimes we just try to forget that part because we just don’t want to know). 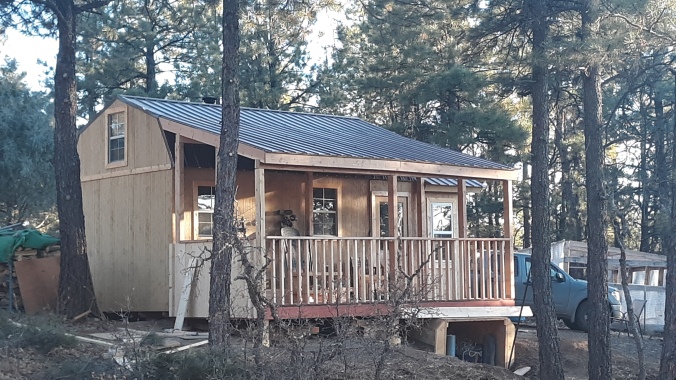 Railing! This part was CAKE compared to the rest of it.

The deck seriously felt like it would never end at some point. During the “progress” stage, we discovered that just because we had spent an incredible amount of time and energy making sure the foundation of the deck was square and level, the house, unfortunately, is neither of those things. So trying to connect a square level thing to a non-square-level thing was not only frustrating, but added hours of extra work for us. But, like we always have, we persevered. We’ve never given up on a project before, and be damned if we were going to give up now (we came the closest we’ve ever come though. I mean, does this deck really need a roof??). 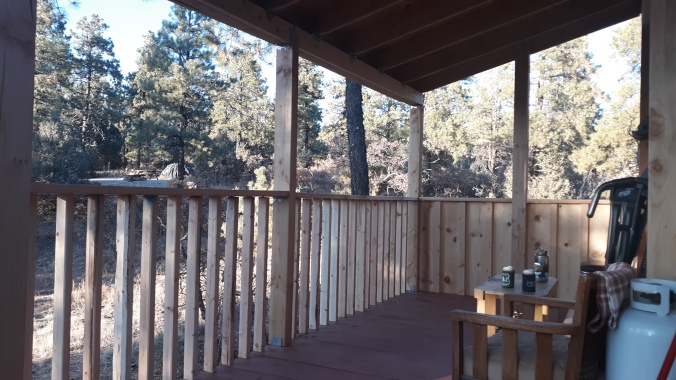 At the current moment, everything is finished except for a gate and some of the fine-tuning stuff. But overall, it’s looking good and we have been able to enjoy it a bit! Sadly, the days are crazy-short now, so we only have an hour and a half or so of daylight after we get home in the afternoon to work on stuff outside.

The most rewarding part: R & I did it all ourselves. Just the two of us. Whew.

I never want to measure angles for a rafter, lift an entire sheet of plywood, or be on top of my roof ever again. (wishful thinking).

After a really hard day of helping.