When we went to pick up our flock in June of 2017, I had arranged to get 4 ducks and 3 chickens. The woman we were picking our littlest duck up from had mentioned that, oh, by the way, she also has a 2-week-old female blue runner duck available as well, just in case we were interested. We had figured 7 birds was probably enough, then of course, we get there to pick up our little month-old brown runner duckling, and this woman puts this tiny gray fluffy duckling in my hands. There was no possible way I could say no. 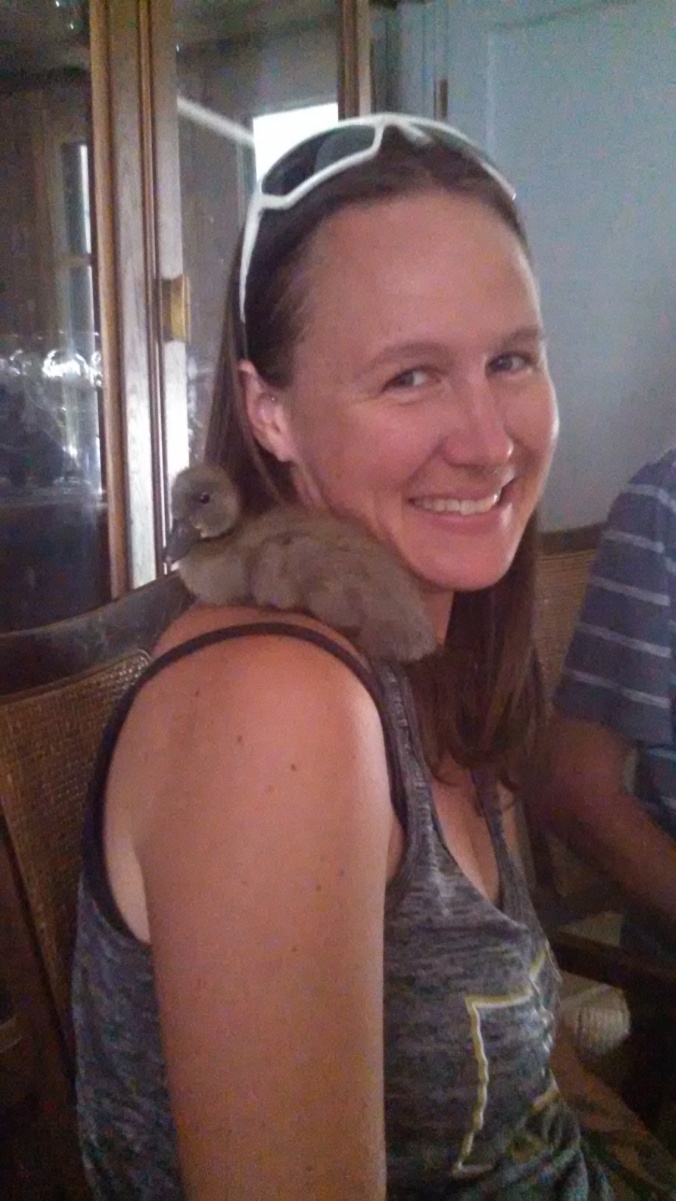 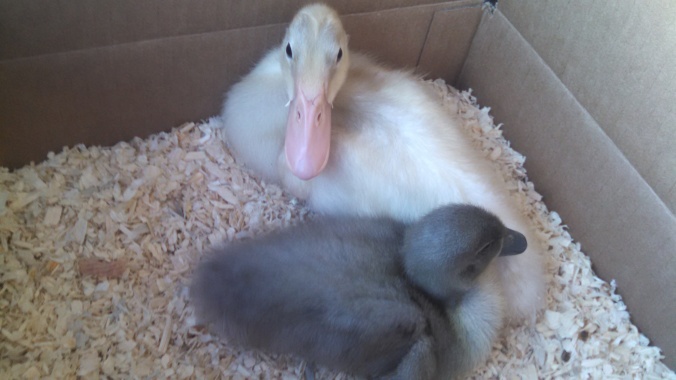 And such, Ralphie entered our lives with the rest of the flock that day.

She was the youngest out the flock, and grew up to be the spunkiest. Outgoing, noisy, curious, and the one to lead the others on adventures, Ralphie became their leader. 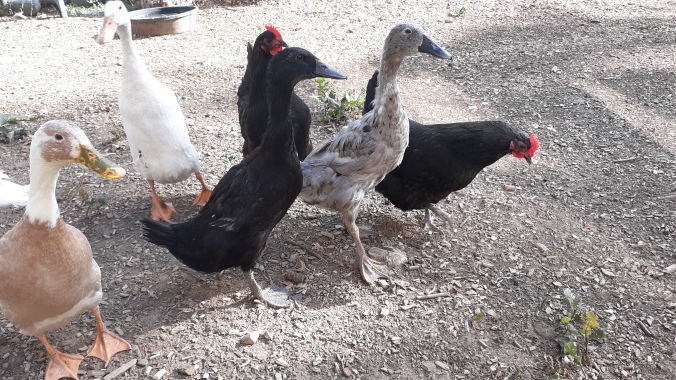 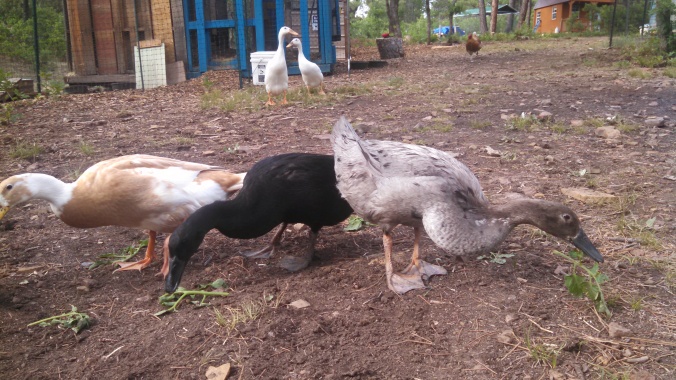 About a month ago, we came home one afternoon, and Ralphie – who typically is first at the coop door waiting to come out and making a whole bunch of noise – was last of the group to come out. She was very quiet, lethargic, very unlike herself. I knew right away something was off with her. We kept a close eye on her that afternoon. She didn’t seem like she was in any pain or anything, just wasn’t being social with the group like she normally is, quiet, off by herself. We even picked her up to make sure she wasn’t egg-bound, that wasn’t it. She just seemed like she didn’t feel good. Later in the evening she laid down with Cedar (the red chicken) for awhile before we put everyone back in the coop for the night.

The next morning, R found Ralphie had passed away overnight. Our best guess is a black widow bite got her.

R built her a little wooden box and we buried her down by Amelia. While he was constructing her box, I put Ralphie out on the ground to see if the other animals wanted to say their goodbyes. The birds weren’t too interested, but Loki went and sniffed her and laid next to her until we buried her.

The rest of the flock was a bit quiet and lost for a few days following her passing; Cedar especially seemed quite sad, they were buddies. They have since adjusted pretty well, and Kachna (the black duck) seems to be the new leader of adventures. 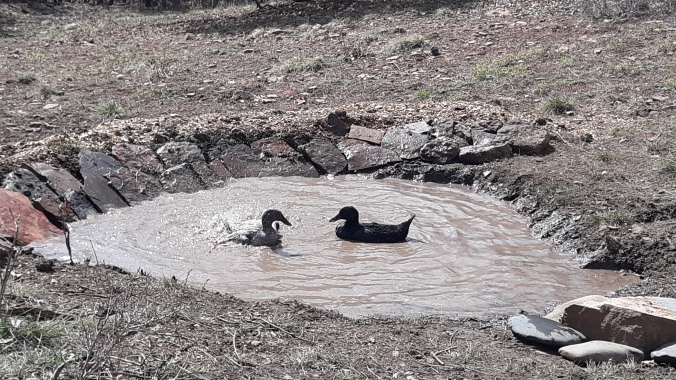 Ralphie was certainly a special duck and she’ll be missed. RIP Ralphie. 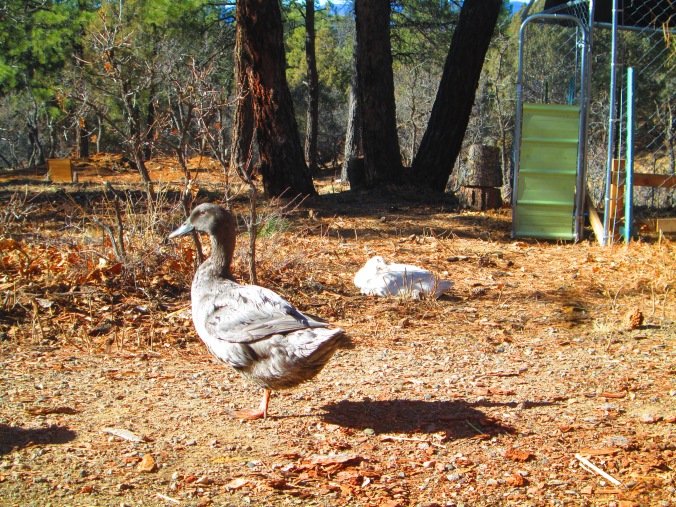